As part of our push for increased alumni engagement, we have started this Alumni Spotlight series. We will be interviewing aumni from all walks of life, graduated and undergraduate, to shed light on the lives of the men of the Theta Chapter. Currently we are releasing 1 spotlight per newsletter. Please see our most recent spotlight below. 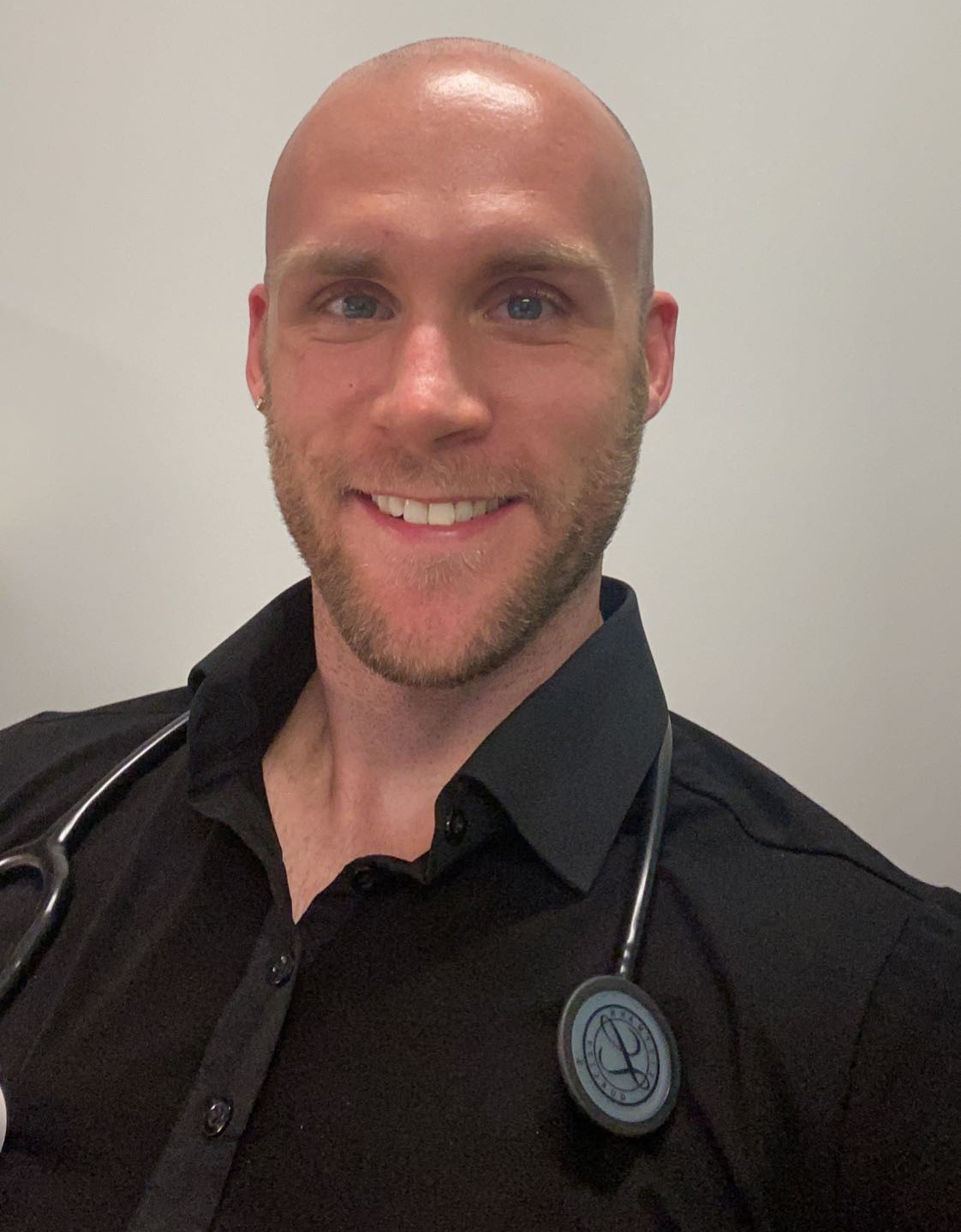 The first Sigma Chi memory that comes to mind for Mike Sass ’10 is his initiation. Mike and his brothers worked hard to rebuild Theta Chapter, and that was the day it all became official and their hard work paid off. As part of a chartering class, Mike was drawn to Sigma Chi’s anti-hazing stance, advocation for men from different backgrounds to join, and the best resources available for networking and leadership development. His Sigma Chi experience shaped him into the person he is today and undoubtedly helped him succeed personally and professionally.

“We had to learn how to develop an organization almost from scratch, learn how to recruit new members, fundraise, operate within the college, and be a part of the Greek life on campus in general. It helped me mature my own social skills, communication skills, and problem–solving,” Mike stated. “It also helped me in my professional endeavors by teaching me what to look out for in a recruitment setting, like job interviews or school interviews, and how to market myself.”

Mike credits the influence of chapter advisors Joseph Santacroce ’88 and Richard Krisch ’73 for showing him and his pledge brothers what it truly means to be committed to Sigma Chi.

“They were the chapter father figures if you will. They rarely, if ever, missed a chapter meeting or chapter event,” he shared. “They were and still are dedicated to the brotherhood and Theta Chapter. They taught us what it means to be a part of this brotherhood, and they were there from day one.”

After graduating from Gettysburg, he went on to pursue his master’s degree at East Stroudsburg University in clinical exercise physiology. During his time in graduate school, Mike still wasn’t sure what he wanted to do professionally. Eventually, he decided to give medical school a shot.

“I didn’t get in on my first try. I ended up working at Gettysburg College in the Department of Public Safety for a year while I reapplied to medical school,” he shared. “During that time, I also had the unique opportunity to be an interim director of Greek organizations for Gettyburg’s Student Affairs Office while the main director was on paternity leave.”

The second time around, Mike was accepted to two osteopathic medical schools. He attended Philadelphia College of Osteopathic Medicine in 2012-16 and completed his residency in internal medicine at Orange Regional Medical Center in Middletown, New York. After that, he worked as a hospitalist for a group at the same hospital for a year before becoming a primary care physician at Geisinger Medical Center in Danville, Pennsylvania.

“I’m most proud of having survived the process of earning my title of doctor and having earned the job I have now. My career is young, so I’m sure there is more to come, but right now I’m just enjoying the fruits of that labor,” he said. “I love having a relationship with my patients and that they have trust in me to help them get and stay healthy.”

Mike is also proud of the life he has built so far. He and his wife, Kate, have been married for eight years and have four kids: Kennedy (17, Mike’s stepchild), and their three kids together, Maggie (4), Michael James III (2), and Rylan (7 months as of January 2021). He and his family live in Lewisburg, Pennsylvania.

Although his career path and raising a family have been his main priorities up to this point, he hopes to get more involved with Theta Chapter again now that he lives closer to Gettysburg College. You can connect with Mike at michaelsass@me.com. 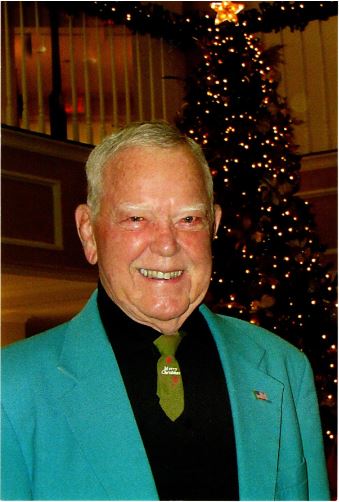 In 1948, Fred Bikle Hoenniger ’52 arrived at Gettysburg College, bright-eyed and bushy-tailed, “as naïve as one can get,” he said. Unfamiliar with fraternities and coming from south of the Mason-Dixon line (hence his Theta nickname, Rebel), the only contact he had with Theta Chapter was through his great-uncle Phil R. Bikle ’05, who was the chapter’s advisor. But his family ties to Theta began with Phil’s father and Fred’s great-great-grandfather, Philip M. Bikle 1863, who founded Theta Chapter while working as the dean of Gettysburg College.

“I knew nothing of fraternities, so Phil introduced me to the brothers and probably saw to it that I got an invitation to Pledge Week,” Fred shared.

Most of the brothers during that time were veterans of WWII. “I needed them, and they were up to the task,” he said. “They showed me some of the attributes of Sigma Chi: friendship, loyalty, organizational value, patriotism, tenacity, the meaning of brotherhood, and how to study.”

After spending his first year of college living off campus, Fred moved into the Sigma Chi chapter house for his last three years at Gettysburg. He was elected Praetor during his senior year and graduated with a B.A. in economics. While living in the chapter house, the veteran brothers influenced Fred to join the ROTC, for which he is forever grateful.

Fred joined the U.S. Air Force after graduation, working as a finance officer while awaiting a pilot training class. Once he started flying, he knew it was the life for him—and that life lasted 30 years. During his career as an Air Force pilot, Fred flew jet fighters from the F-86 through the F-15 and was stationed in some “awesome” places from Vietnam (“low awesome”) to Hawaii (“truly awesome”). He also realized the parallels between his career and the brotherhood.

“In college, your fraternity brothers give you support. They have your back. In the Air Force, your wingman has your back, and that is a matter of life and death. As I looked back, I realized that the Air Force had a lot in common with Theta,” Fred stated. “You get accepted, you are taught by your elders, you blend with your peers, you study and learn, you make lifelong friends, and, when you’ve proven yourself, you’re given more responsibilities.”

The longer Fred was in the Air Force, the more he was challenged. Eventually, he was responsible for more than 3,000 men and women and more than $50 million in hard assets.

“Thanks, Big Brothers, for the education!”

While working his way up the professional ladder, Fred and his family (his wife and four children) had a wonderful time, especially in Hawaii. They lived on four continents and made over a dozen Permanent Change Station moves. During their travels, Fred also enjoyed crossing paths with countless Sigma Chis from other schools, and he appreciated that their fraternity connection was always well-received and got each encounter off to a good start.

Once he became an empty-nester and retired from the Air Force, Fred and his wife kept traveling and made it back to Gettysburg for several Homecomings, including their 50-year and 60-year reunions, where they enjoyed seeing “old” friends and recalling tales of their time at Theta. “Some were even true,” he joked.

“I really appreciated the camaraderie at Theta,” Fred shared. “I made lifelong friends in Theta.”

Fred and his wife, Anne, live at Freedom Plaza in Sun City Center, Florida, which has enticed numerous visits from his Theta brothers over the years. You can connect with Fred at franhoen@aol.com. 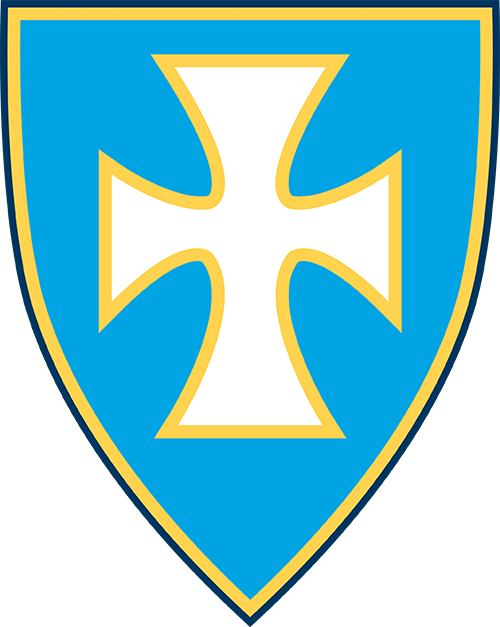