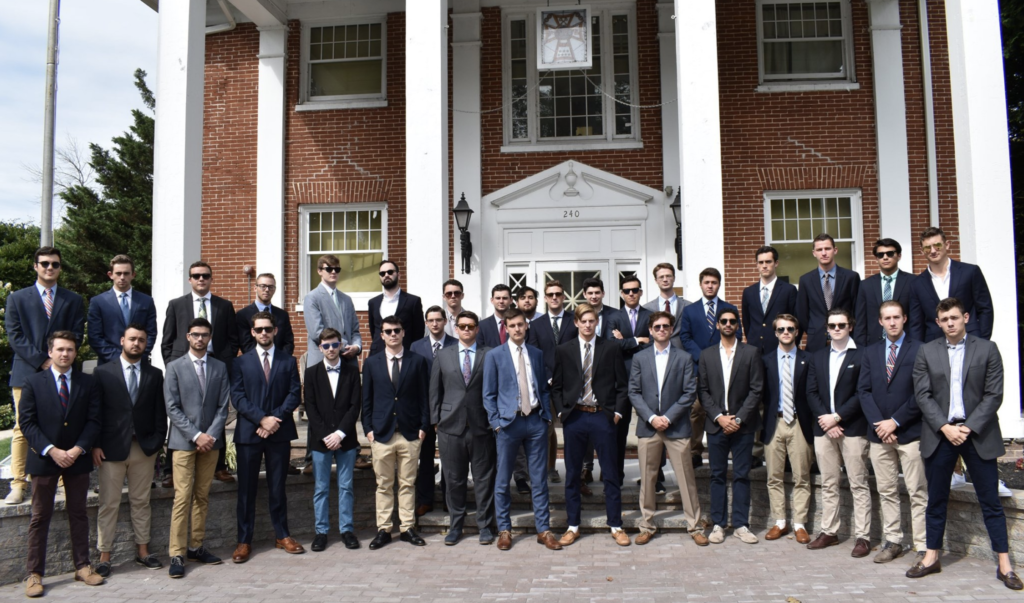 The Theta Chapter of Sigma Chi was originally founded at Gettysburg College in March of 1863, just a few months prior to the Civil War battle that would etch the town’s name into American history. The chapter first occupied the building that is now Glatfelter Lodge before moving into the current chapter house at 240 Carlisle Street in 1922. The chapter house was given to the fraternity by a generous alumni and resident of Gettysburg, John B. McPherson, whose family has a long history in the town. The chapter operated until 2004 when the decision was made to close the chapter after many years of instability and poor performance.

Sigma Chi returned to Gettysburg in 2008 when an interest group founded by Aaron Lawson, and built out by a group of students on the ultimate Frisbee team. The interest group quickly evolved into a fully-fledged colony and the chapter was reinstalled in March of 2009. The chapter moved back into 240 Carlisle Street in 2010 and has continued to flourish since. In the last decade the chapter has grown to become one of the largest chapters on campus with high marks in member GPA, philanthropy money raised, and ratings under the College’s Greek Life evaluation system.